Home | About Us | Leadership Deb Strainge was appointed as Head of School in November 2015. With over 30 years of experience in independent education, Mrs. Strainge came to St. Mark’s from Tower School in Marblehead, Massachusetts, where she served as a classroom teacher, division head, and finally as Assistant Head of School. An active Episcopalian, Mrs. Strainge served on the Vestry and as Senior Warden for her church in Topsfield, Massachusetts. She has also served at the diocesan level on various committees and as a lay convention delegate for the Episcopal Diocese of Massachusetts. Mrs. Strainge currently sits on the Board of Directors for the Florida Council of Independent Schools (FCIS) and has chaired several school accreditation teams for FCIS. Mrs. Strainge holds a bachelor’s degree in education from Fitchburg State College and a Master of Education degree from Salem State College. She and her husband, Bryan, are proud parents of a son, Braden and daughter-in-law Kirsten, and a daughter, Hadley. 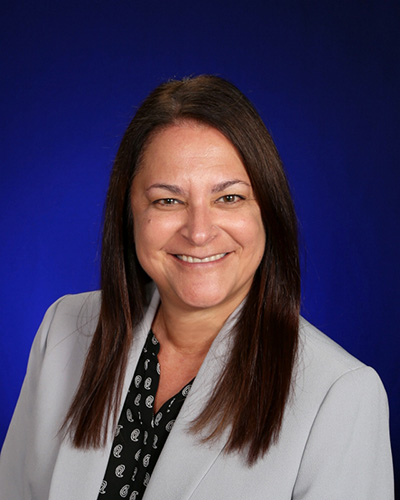 Alexandra Fernandez was appointed as Head of Lower School in July 2022. For the past 20 years, Dr. Fernandez has served as a teacher and administrator in PK through Grade 8 schools, most recently as the principal of Mary Help of Christians Catholic School in Parkland, Florida since 2017. Prior to her service at Mary Help of Christians, Dr. Fernandez served as the principal of Annunciation Catholic School in West Park, Florida for seven years. Dr. Fernandez holds a Doctor of Education degree from Creighton University, a Master of Science degree in Educational Leadership from Nova Southeastern University, a Bachelor of Science degree in Secondary English Education from Nova Southeastern University, and a Professional Educator's Certificate from the State of Florida. She and her husband, Julio, are the proud parents of grown twin daughters, Karina and Sabina. JaLynne Butler was appointed Director of PreKindergarten in May of 2022 after one year as the PK Coordinator. Mrs. Butler comes to St. Mark’s with a wealth of experience as a Learning Behavior Specialist, High School Counselor, Teacher Mentor and Private Tutor. Mrs. Butler’s twenty plus years of educational experience began in Houston followed by Manhattan and most recently the North Shore of Chicago. Mrs. Butler holds a bachelor’s degree from Michigan State University with a dual major in Special Education and General Education and a master’s degree from Sam Houston State University with a major in Counseling Psychology. Mrs. Butler and her husband Mac have five wonderful children, Clarisse, Caralie, Carynn, Charlie and Wallace. 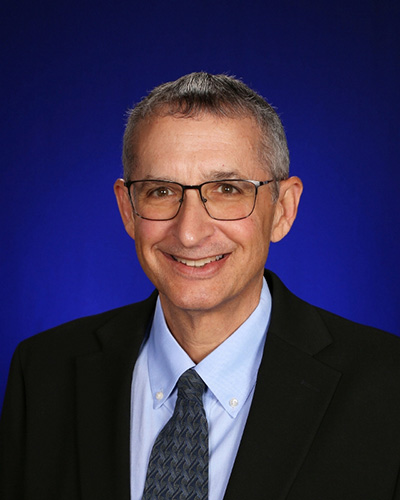 Ron McElhone was appointed Chief Financial Officer in November 2001 after serving for thirteen years in the New Jersey public school system. Mr. McElhone began his career as the Facilities Manager within Flemington-Raritan School District. He later worked in the same capacity at both Burlington and Lumberton Township Public Schools before relocating to Florida. Prior to working in education, he spent nine years in law enforcement. Mr. McElhone earned a Bachelor of Arts degree in Business Management from Eastern University in St. David’s PA, and he holds several certificates in school facilities and safety planning. Mr. McElhone and his wife, Chris, are the parents of two children: a son, Ron, and a daughter, Bethann.

Cindy Sexton was appointed Director of Enrollment in April 2015. Ms. Sexton comes to St. Mark’s with considerable college and independent school experience in recruitment, admission, enrollment, and new student orientation. Entering her 20th year in education, Ms. Sexton spent 10 years in college admissions and new student orientation in Arkansas, Florida, and Georgia prior to entering independent schools. She holds a master’s degree in Communication from the University of Arkansas, she is a certified International Advancement Professional through Independent School Management, and she most recently managed enrollment at Holy Spirit Preparatory School in Atlanta, Georgia. Ms. Sexton is the parent of one son, John, a St. Mark's alumni. Alison Samarias was appointed Director of Development in January 2019 after serving on the Vestry and School Advisory Board and as Parents’ Association President at St. Mark’s. Prior to coming to St. Mark’s, Mrs. Samarias practiced law at a major international law firm in Washington, D.C., and for a federal government agency. Mrs. Samarias, a native of Florida, earned her undergraduate degree in Political Science and Japanese Studies from Wellesley College and her juris doctorate from Washington University School of Law. Mrs. Samarias also earned a master’s degree in East Asian Studies from Washington University. Mrs. Samarias and her husband, Joe, are the parents of three children, Isabel and Nathaniel, St. Mark’s alumni, and Elinor, a current St. Mark’s student.